Polly Fiveash & Anand Nayak have been making music together for more than 20 years. Their songs are deceptively simple, often blending the sublime and the ridiculous. Anand’s spare guitar arrangements and harmony frames Polly’s achingly beautiful lyrics and voice. Anand is also the guitarist for Rani Arbo & daisy mayhem. 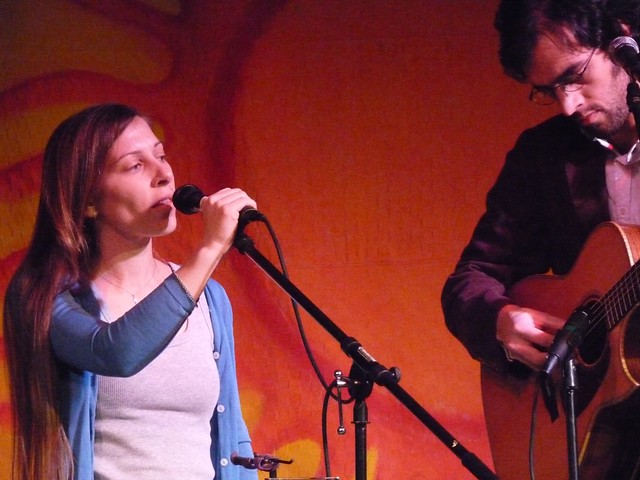 Rachel Laitman is a singer songwriter originally from Westchester, NY.  They began performing in 2010 as a part of the Antifolk community in NYC, and have since made a home in Western MA where they have been composing and performing since 2014.  Of their 2012 album “Grimace and Grace,” Gideon Irving of ‘My Name is Gideon’ says:  “It’s like chicken noodle soup or yogurt at just the right time and the right time is always.”  They plan on to release their sophomore album in the Spring of 2018